The United Kingdom’s population is getting older and living longer. According to the Alzheimer Society the chances of developing Alzheimer’s or other forms of Dementia increase greatly with age.

Individuals affected by this progressive, degenerative disease of the brain require a high level of care over a long period of time. From the time symptoms first appear, the course of the disease averages eight years but has been known to last as long as 25 years.

Early symptoms include short-term memory loss, personality changes, disorientation, problems with speech and the ability to make decisions. As the disease progresses, the symptoms intensify, and sufferers must receive around-the-clock care.

For families of Alzheimer’s disease sufferers, this means a high level of financial as well as emotional and physical commitment.

Have you been caring for your elderly parents or grandparents? Are you paying their bills, taking them to the doctor, managing their prescriptions?

If your parents still have legal capacity, you may want to encourage them to create a Power of Attorney. A power of attorney gives someone the authority to manage someone else’s financial matters.

But please, don’t delay, because if your parents lose the capacity to create legal documents, they will not be able to make a power of attorney. 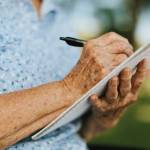 Dementia Care for Elderly Parents, Consider a Power of Attorney While You Can!

A power of attorney enables an individual or “Donor” to designate a person to manage their finances, property and affairs in the event they become mentally incapacitated.

Several safeguards are provided within the Power of Attorney Act 1971.

There must be a statement by a doctor that the “Donor” had the mental capacity at the time the document was executed to understand the effect of creating such a power. A statement is also required from the solicitor drawing up the document saying that the document was not executed as a result of fraud or undue influence.

One of the best aspects of creating a Power of Attorney for the “Donor” is that it allows them to make personal care decisions for themselves before they become mentally incapable.

A Power of Attorney may only be set up while a person is mentally competent. Therefore, early diagnosis of dementia is vitally important.

So caregivers, it may be time to help your parents get powers of attorney.

A power of attorney provides peace of mind and protection for our elderly.

River Garden Care Ltd Copyright 2021. A company registered in England & Wales No. 09131110
We use cookies to help us improve, promote and protect our services. By continuing to use the site, you agree to our cookie policy. Find out more.